Greta Gerwig is an American actress, playwright, writer, and director. She is best known for her roles as Florence Marr in the 2010 comedy-drama Greenberg, Frances Halladay in 2012’s Frances Ha, and Brooke Cardinas in 2015’s Mistress America. She received a nomination for the Golden Globe Award for Best Actress in a Motion Picture – Comedy or Musical for her performance in Frances Ha. Greta also starred in Damsels in Distress, To Rome with Love, Jackie, and 20th Century Women. She also provided her voice for Pony Merks in the Adult Swim animated series China, IL. Born Greta Celeste Gerwig on August 4, 1983 in Sacramento, California, to Christine and Gordon Gerwig, she has an older brother and sister. She attended St. Francis High School and studied philosophy at Barnard College. She has been in a relationship with Noah Baumbach since 2011. 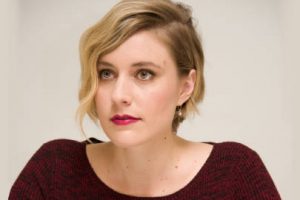 Greta Gerwig Facts:
*She was born on August 4, 1983 in Sacramento, California, USA.
*She belongs to German, Irish, English, and Cornish descent.
*She made her stage debut in Penelope Skinner’s The Village Bike at the Lucille Lortel Theater in New York.
*She wrote and directed comedy-drama film Lady Bird (2017).
*She is close friends with Adam Driver.
*She is a fan of the Alan Partridge character played by Steve Coogan.