Harry Judd is an English musician, songwriter and actor, best known as the drummer of the Britpop boy group McFly. The other members of the group are Tom Fletcher, Dougie Poynter and Danny Jones. He was the winner of the 2011 series of Strictly Come Dancing. The youngest of three children, Harry was born Harold Mark Christopher Judd on 23 December 1985 in Chelmsford, England, to Emma Judd and Christopher J. N. Judd. 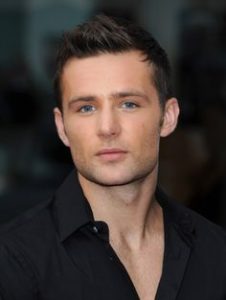 Harry Judd Facts:
*He is the youngest child in his family.
*He was a cricket player while in high school.
*He was appeared with Lindsay Lohan in the film Just My Luck.
*Jim Carrey is his favorite actor.
*His favourite bands include The Used, Mid-Town, The Starting Line, The Doors, New Found Glory, Blink 182, Slipknot and Green Day.
*Follow him on Twitter and Instagram.