Hasan Minhaj is an American actor and comedian, known for serving as a senior correspondent on Comedy Central’s ‘The Daily Show’. He first joined The Daily Show in November of 2014, and has been enlightening our political minds and tickling our funny bones ever since. He is the voice of a character on the video game Far Cry 4. Hasan was born on September 23, 1985 in Davis, California, USA to Indian-born Muslim parents Najme and Seema. His parents immigrated from Aligarh, Uttar Pradesh, India to David, California, USA. His father is a chemist and his mother is a doctor. He has one younger sister, Ayesha. He attended the University of California, Davis, majoring in political science. Since January 2015, he has been married to Meena Patel. 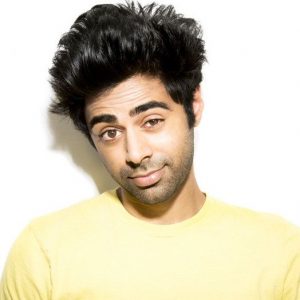 Hasan Minhaj Facts:
*His family hails from Aligarh, Uttar Pradesh, India.
*He was born and raised in Davis, California.
*He speaks Urdu fluently.
*His wife, Beena, is from a Hindu family.
*He is a big LGBTQ advocate.
*Follow him on Twitter, YouTube, Facebook and Instagram.