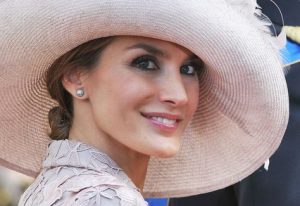 Queen Letizia of Spain Facts:
*Queen of Spain since 19 June 2014.
*She was a journalist and news anchor before her marriage to Felipe.
*She worked for the Spanish version of Bloomberg TV and also worked for the newspaper Siglo XXI.
*She loves literature and music.