Hayley Atwell is an English-American actress best known for her role as Agent Peggy Carter in the Marvel movie and television franchises. Hayley is also known for appearing in films like Cassandra’s Dream (2007), The Duchess (2008), and The Pillars of the Earth (2010).

Born as Hayley Elizabeth Atwell in London, England, UK, Hayley is an only child. Her parents divorced when she was two years old. In 2014, she began dating musician Evan Jones but the couple later broke up. 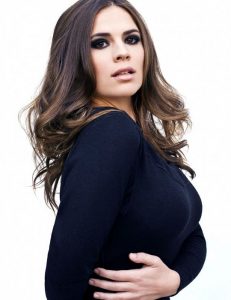 Hayley Atwell Facts:
*She has dual citizenship of the United Kingdom and the United States.
*She is an only child.
*Hayley was named after actress Hayley Mills.
*Her mother is English (with Irish ancestry) and her father is American.
*Her parents split when she was two years old.
*She likes reading in her free time. She is a heavy literature fan.
*She is good friends with actress Emma Thompson.
*Follow her on Instagram.