Helene Segara is a French singer who played Esmeralda in the French musical Notre Dame de Paris. She has released 13 albums, and has sold more than 10 million records. Her debut album, Cœur de verre, which yielded the hit song “Je vous aime adieu,” was released on 17 September 1996. It sold about 400,000 copies, peaked at #6 in France. Born Hélène Aurore Alice Rizzo on February 26, 1971 in Six-Fours-les-Plages, Var, France, to Therese Kasbarian and Bernardo Rizzo, she is of Italian descent on her father’s side, and of Armenian descent on her mother’s side. She studied in a Catholic school. She performed in the piano bars of the French Riviera as a teenager. She has been married to Mathieu Lecat since 2003. She has three children. 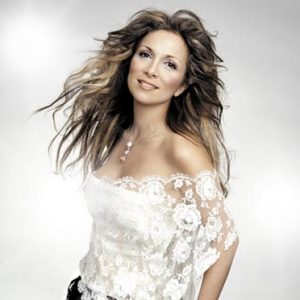 Helene Segara Education:
She studied in a Catholic school.

Helene Segara Facts:
*She was born on February 26, 1971 in Six-Fours-les-Plages, Var, France.
*Her father is of Italian descent and her mother is Armenian.
*Her parents divorced when she was eight years old.
*She rose to prominence playing the role of Esmeralda in the French musical Notre Dame de Paris.
*She is a supporter of the charities Rêves, Les Restos du Cœur, Les Enfants de la Terre et e-enfance.
*She became ambassador of the association Rêves in 1998.
*Visit her official website: www.helene-segara.fr
*Follow her on Twitter, YouTube, Facebook and Instagram.