British actor who is notable for starring as Charles Brandon in Showtime’s The Tudors, DC Comics character Superman in the DC Extended Universe, Geralt of Rivia in the Netflix fantasy series The Witcher, as well as Sherlock Holmes in the Netflix film Enola Holmes. Cavill’s other notable works include BBC’s The Inspector Lynley Mysteries, ITV’s Midsomer Murders, Showtime’s The Tudors, Tristan & Isolde, Stardust, Blood Creek, Immortals, The Cold Light of Day, Sand Castle, Night Hunter, The Man from U.N.C.L.E. and Mission: Impossible – Fallout. 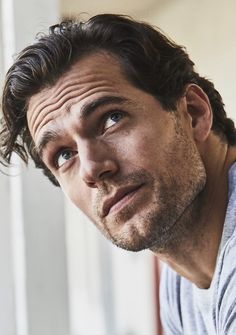 Born Henry William Dalgliesh Cavill on May 5, 1983 in Saint Helier, Jersey, to a Catholic family, his mother, Marianne Dalgliesh, was a secretary in a bank, and his father, Colin Cavill, was a stockbroker. He was educated at St Michael’s Preparatory School in Saint Saviour, Jersey, and Stowe School in Stowe, Buckinghamshire. Henry began his film career appearing in Laguna and Kevin Reynolds’ adaptation of The Count of Monte Cristo. He was engaged to English show jumper Ellen Whitaker from 2011 until 2012. He was also in relationship with actress and former mixed martial artist Gina Carano. In 2021, Cavill began dating Natalie Viscuso.

Henry Cavill Facts:
*He was born on May 5, 1983 in Saint Helier, Jersey.
*He made his television debut as Chas Quiter in a 2002 episode of The Inspector Lynley Mysteries.
*He became the face of the British fragrance Dunhill in 2008.
*He played Superman in Zach Snyder’s 2013 movie Man of Steel, Batman v Superman: Dawn of Justice, Justice League and Zack Snyder’s Justice League.
*He is the first non-American actor to play Superman.
*He was listed as one of GQ’s 50 best-dressed British men in 2012.
*He was named “World’s Sexiest Man” by British Glamour magazine in 2013.
*Empire magazine placed him third on their list of “The 100 Sexiest Movie Stars 2013”.
*His favorite movie is the epic drama Gladiator (2000).
*His favorite actor is Russell Crowe.
*He is a fan of the NFL’s Kansas City Chiefs.
*He is also an avid fan of rugby, supporting the England Rugby Team, and is a season ticket holder for his hometown club Jersey Reds.
*He is good friends with Armie Hammer, Jason Momoa, Luca Calvani and Luke Evans.
*He is trained in Brazilian Jiu Jitsu.
*Follow him on Twitter, Facebook and Instagram.