Henry Thomas is an American actor and musician, best known for his breakout role as Elliott in the 1982 blockbuster film E.T. the Extra-Terrestrial. He is also known for his work in films such as Misunderstood, Cloak & Dagger, Frog Dreaming, Niagara, Niagara, Bombshell, A Good Baby, Dead in the Water, Raggedy Man, Dead Birds, The Hard Easy, Red Velvet, and The Last Ride. His television credits include Betrayal, Without a Trace, Better Things, Stargirl, and The Haunting of Hill House. As a musician, Thomas wrote songs and played guitar for a San Antonio band, The Blue Heelers, in the 1990s. Born Henry Jackson Thomas Jr. on September 9, 1971 in San Antonio, Texas, to parents Carolyn and Henry Jackson Thomas Sr., he is of Welsh descent. Thomas did his schooling from East Central High School and attended Blinn College in Brenham, Texas but dropped out of after one year to act full-time. He married Marie Zielcke in 2004, and the couple had a daughter named Hazel before getting divorced in 2007. He also has two children with his current wife Annalee, whom he married in 2009. 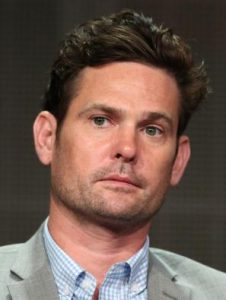 Books: The Window and the Mirror: Book One: Oesteria and the War of Goblinkind