Herieth Paul is a Tanzanian model who has worked with such fashion designers as Calvin Klein, Tom Ford Beauty, Gap, Armani, Cavalli, Diane von Fürstenberg, and Lacoste. She has appeared in Elle Canada, Vogue Japan and Italy, Teen Vogue, i-D, wonderland, and Harper’s Bazaar UK. She has also appeared in beauty campaigns for cKone and Tom Ford. She is represented by the agencies Women Management, M4 Models, Elite London, Folio Montreal, and AMTI: Toronto. Born on December 14, 1995 in Dar es Salaam, Tanzania, her mother, Nsia Paul is a diplomat at the Tanzania High Commission Ottawa. She has a sister named Happiness Floyd. Paul was discovered in 2009 during an open call of Angie’s, Ottawa based model agency. She made her debut at the spring Christian Siriano show in September 2010, and debuted at Victoria’s Secret Fashion Show in 2016. 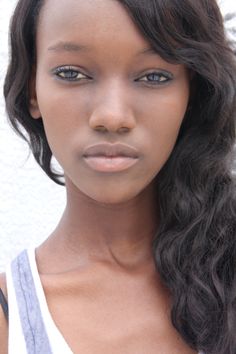 Herieth Paul Facts:
*She was born on December 14, 1995 in Dar es Salaam, Tanzania.
*At the age of 14, she moved to Ottawa, Ontario, Canada due to her mother being a diplomat.
*She was discovered at an open casting call in 2009.
*She debuted at the spring Christian Siriano show in September 2010.
*She signed with Women Management New York in June 2010.
*She made her debut at Victoria’s Secret Fashion Show in 2016.
*She is best friends with model Corey Baptiste.
*She speaks native Kiswahili with her family at home.
*Follow her on Twitter, Facebook and Instagram.