Devon Werkheiser is an American actor and singer-songwriter, best known for his roles as Ned Bigby in the Nickelodeon series Ned’s Declassified School Survival Guide, and Nolan Byrd in the 2007 Nickelodeon television movie Shredderman Rules. He also starred as Peter Parkes in the fourth and final season of the ABC Family series Greek. In addition to acting, he is also singer-songwriter and musician. Werkheiser released his debut EP “I Am” on iTunes in 2013, followed by his second EP “Here and Now’ in 2015. He released his debut album “Prologue” in 2016. Born Devon Joseph Werkheiser on March 8, 1991 in Atlanta, Georgia, USA, to parents Valerie and Gary Werkheiser, he grew up in Johns Creek, Georgia. He has an older sister named Vanessa. He has German, English, Slovak, Italian, and Polish ancestry. He has been in a relationship with actress Sara Montez. 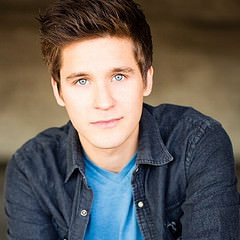