Holly Hagan is a British television personality, model and author. She is best known for appearing on the MTV reality series Geordie Shore. She is the longest serving cast member of the series, having appeared in most episodes of the series to date. She has appeared in photo shoots for various men’s magazines and has appeared on the cover of both the UK’s FHM and Loaded. In July 2012 she posed topless for a photoshoot with the magazine. Born Holly Victoria Hagan on July 7, 1992 in Thornaby, United Kingdom, she has one younger sister named Darci. Holly was enrolled by her mother in a private nursery, and was educated at St Mary’s College in Middlesbrough. Currently, she is in a relationship with professional footballer Jacob Blyth. She was previously in a relationship with Frankie Cocozza in 2011 and Kyle Christie in 2015. 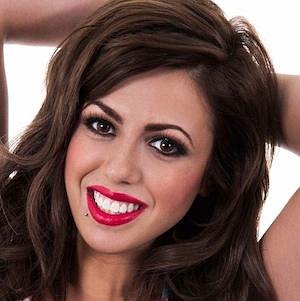 Holly Hagan Facts:
*She was born on July 7, 1992 in Thornaby, United Kingdom.
*Best known for her appearances on MTV hit reality TV show Geordie Shore.
*She used to work at HM Revenue and Customs before Geordie Shore.
*She released a remixed cover version of “Milkshake” in 2014.
*She has released an autobiography titled “Holly Hagan: Not quite a Geordie book.”
*She is best friends with Charlotte-Letitia Crosby.
*Visit her official website: www.hollysbodybible.com
*Follow her on Twitter, Facebook and Instagram.