HRVY is an English singer and television presenter who was a presenter on BBC’s Friday Download on CBBC from Series 7 to Series 9. His debut single, “Thank You”, was released on February 8, 2013. HRVY released two EPs, Holiday EP and Talk To Ya EP in 2017. He’s signed with Ted Cockle of Virgin EMI Records. Born Harvey Leigh Cantwell on January 28, 1999 in Kent, United Kingdom, to parents Nicky and Leigh Cantwell, he has two brothers, Ollie and Elliot. HRVY started his singing career at age 5. He has more than 4 million Instagram followers and over 1 million followers on Facebook. 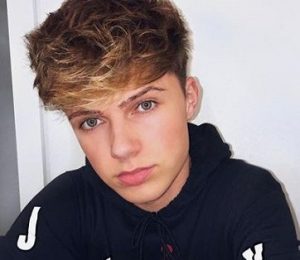 HRVY Facts:
*He was born on January 28, 1999 in Kent, United Kingdom.
*His birth name is Harvey Leigh Cantwell.
*He began singing when he was five years old.
*He has performed with Loren Gray, Blake Gray, and Nate Garner.
*His idol is Justin Timberlake.
*Widely popular on social media, his Facebook has amassed more than 1 million followers as well as 4 million Instagram followers.
*Follow him on Twitter, Facebook and Instagram.