Isabel Granada was a Filipino actress and singer. Best remembered by the public for her roles in popular Philippine television series such as Sa Puso Ko Iingatan Ka, Kaputol ng Isang Awit, Zaido: Pulis Pangkalawakan, Lalola and Ikaw Na Sana. She portrayed the role of Consuela in the 1990 installment of the Shake, Rattle & Roll movie series. As a singer, Granada released the album Out Here on My Own in 1998, followed by her second album, In the Mood for Love in 2000. Born as Isabel Granada VI on March 9, 1976 in Manila, Philippines, to Spanish mother Isabel Villarama and a Filipino father Humberto Granada, she began her career at age 6. She was a licensed pilot and had received her training from Philippine Air Force. She was married to Arnel Cowley and Geryk Genasky Aguas. She died in Doha, Qatar on November 4, 2017. 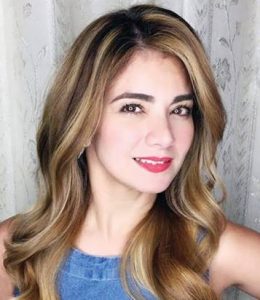 Isabel Granada Facts:
*She was the only child of her parents.
*She had her first acting role in the 1985 film ‘Magchumikap Ka’ at the age of 9.
*She was fluent in Tagalog, Spanish and English.
*She was an avid dog lover.
*As a second class sergeant she served in the Philippine Air Force for two years.