Brazilian supermodel Isabeli Fontana is famous for her work as a Victoria’s Secret lingerie model. She is also known for her multiple appearances in the Pirelli calendar, and the 2003 Sports Illustrated Swimsuit Issue. She has advertised for many brands such as Armani Jeans, Shiatzy Chen, Chanel, and Colcci. She was born on July 4, 1983 in Curitiba, Paraná, Brazil as Isabeli Bergossi Fontana. She is the daughter of Maribel Bergossi and Antônio Carlos Fontana. She has two brothers: Harrison and Heric. She has been married to Diego Ferrero since 2016. She was previously married to Alvaro Jacomossi and Henri Castelli. 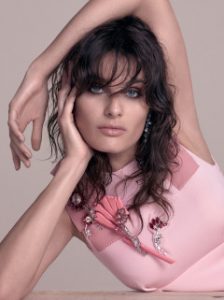