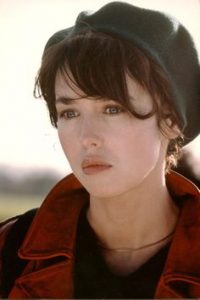 Isabelle Adjani Facts:
*She was born on June 27, 1955 in Paris, France, to an Algerian Kabyle father from Constantine, and a German Catholic mother from Bavaria.
*She began acting in amateur theater at age 12.
*At at 14, she appeared in her first motion picture, Le Petit Bougnat (1970).
*She made her fil debut in Le Petit Bougnat (1970).
*At age 20, she received an Academy Award nomination for Best Actress for her role in The Story of Adele H.(1975).
*In 1981, she won Best Actress at the Cannes Film Festival for her roles in Possession and Quartet, and, later, she won the Silver Bear for Best Actress at the 1989 Berlin Film Festival for Camille Claudel.
*People Magazine named her one of the top 50 Most Beautiful People in the World in 1990.
*She was featured on the poster of the 39th César Awards in 2014.
*She is fluent in French, English and German.
*She is very close friends with Sharon Stone.
*Visit her official website: www.isabelleadjani.fr
*Follow her on Twitter, Facebook and Instagram.