Isabelle Kaif is an actress and model, best known as the sister of famous bollywood actress Katrina Kaif. Isabelle played simone in the 2014 Canadian romantic comedy film Dr. Cabbie. Born Marie Isabella Turquotte on January 6, 1991 in Hong Kong, her mother, Suzanne Turquotte, is a Caucasian of British Nationality, and her father, Mohammed Kaif, is a Kashmiri of British Nationality. She has six sisters and one brother including bollywood actress Katrina Kaif. Her other siblings are Stephanie, Michael, Sonia, Melissa, Christine, and Natasha. She attended The Lee Strasberg Theatre and Film Institute in New York, USA to learn acting skills. 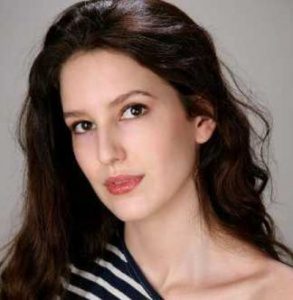 Isabelle Kaif Facts:
*She was born on January 6, 1991 in Hong Kong.
*She is of Kashmiri descent on her father’s side and British on her mother’s side.
*She is sister of bollywood actress Katrina Kaif.
*Follow her on Facebook and Instagram.