Sarah Goldberg is a Canadian actress. She is best known for her portrayal of Sally in Bill Hader’s dark comedy TV series Barry, and for originating the role of Betsey/Lindsey in the Royal Court Theatre’s production of Clybourne Park. In 2015, she played Lolly Lavigne in the television series Hindsight. Sarah was born on May 31, 1985 in Vancouver, Canada, to a Jewish family. She made her Broadway debut playing ‘Alison Porter’ in Sam Gold’s Off-Broadway revival of Look Back in Anger in 2012. 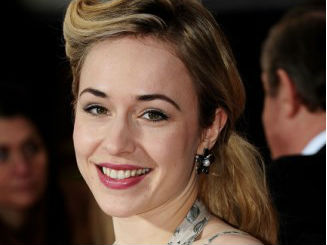 Sarah Goldberg Facts:
*She was born on May 31, 1985 in Vancouver, Canada.
*She attended London Academy of Music and Dramatic Art (LAMDA).
*She was nominated for an Olivier Award for her supporting role in Clybourne Park at the Royal Court in 2011.