J-Hope is a South Korean rapper, songwriter, music producer, and dancer. He is best known as a member of the boy band Bangtan Boys (BTS). The other members of the band are Jin, Suga, RM, Jungkook, V, and Jimin. They won a 2013 MelOn Music Award and 2014 and 2015 Golden Disk Awards, among others. They became the first Kpop group to win a Billboard award in 2017. In addition to BTS, J-Hope released his debut solo mixtape, Hope World, worldwide on March 1, 2018. Born Jung Ho-seok on February 18, 1994 in Ilgok-dong, Gwangju, South Korea, his family consists of his parents and older sister. He was educated at Gwangju Global High School and Global Cyber University. On June 2013, J-Hope made his debut as a member of BTS on Mnet’s M! Countdown with the track “No More Dream” from their debut single album 2 Cool 4 Skool. 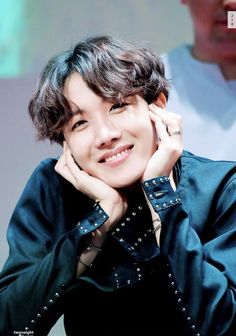 J-Hope Facts:
*He was born on February 18, 1994 in Ilgok-dong, Gwangju, South Korea.
*Managed by Big Hit Entertainment, J-Hope debuted as a member of the South Korean pop idol group BTS in June 2013.
*His stage name, “J-Hope (제이홉)”, comes from his desire to represent hope for fans, as well as to be “the hope of Bangtan Boys (BTS).”
*He released his first solo mixtape, Hope World in 2018.
*His role models are A$AP Rocky, J. Cole, Benzino, and G.D.
*He has a dog named Mickey.
*He purchased a luxury apartment in South Korea worth US$1.6 million for his personal use. (2016)
*BTS Official Homepage http://bts.ibighit.com
*Follow BTS on Twitter, SoundCloud, YouTube, Facebook, Twitter and Instagram.