Jackie Evancho is an American classical crossover singer who rose to fame after appearing on America’s Got Talent in 2010. Since 2009, she has released six studio albums, three live albums, one EP, and 31 singles. Born as Jacqueline Marie Evancho in Pittsburgh, Pennsylvania, Jackie is the daughter of Lisa and Michael Evancho. She has three siblings, Rachel, Zach and sister, Juliet Evancho. She belongs to Polish, Slovak, Ukrainian, German, and Italian descent. 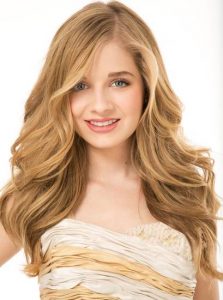 Jackie Evancho Education:
Her education is by taking online courses.

Jackie Evancho Facts:
*First runner-up of the 5th season of “America’s Got Talent” (2006).
*She has Polish, Slovak, Ukrainian, German, and Italian ancestry.
*She became the youngest solo artist to release a Platinum-selling album with O Holy Night.
*She performed for President Barack Obama for the National Christmas Tree Lighting in 2010.
*Her little dog Maggie is her best friend. She received this dog as a gift.
*You can follow Jackie on Twitter, Facebook, Myspace, YouTube, and Instagram.