Jackson Brundage is an American actor, best known for his role as Jamie Scott in the CW Network series One Tree Hill. He also starred as Scott Baio on the Nickelodeon sitcom See Dad Run (2012–2015). He provided the voice of Foo in the Nickelodeon series Harvey Beaks. Born Jackson Timothy Brundage on January 21, 2001 in Los Angeles, California, he is the middle child of three and has an older sister and a younger brother. He attended the Rising Sun Karate Academy. He began his acting career at age five playing a supporting role in the movie “Lime Salted Love. 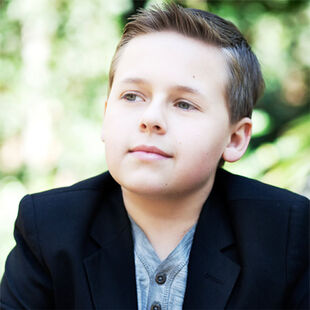 Jackson Brundage Facts:
*He was born on January 21, 2001 in Los Angeles, California, USA.
*He is the middle child of three and has a sister, Keely and a brother, Parker.
*He enjoys soccer, swimming, martial arts, baseball, and basketball.
*Follow him on Twitter, YouTube, Facebook and Instagram.