Jacqueline Fernandez is a Bollywood actress, former model, and the winner of the Miss Sri Lanka Universe pageant of 2006. She is best known for her work in Hindi films. She has gone on to star in several feature films such as Aladin, Housefull 2, Murder 2, and Race 2. She was born in Colombo, Sri Lanka, and moved to Bahrain with her family at the age of three. Her father Elroy Fernansez is a Sri Lankan and mother Kim is a Malaysian. She has two brothers and an older sister. 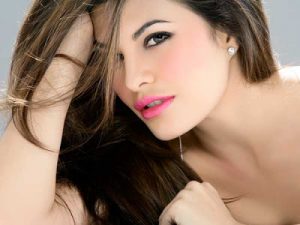 Relationships / Affairs / Boyfriend:
*She was in a relationship with Hassan bin Rashid Al Khalifa, a Bahraini prince, from 2008 to 2011.
*She then dated director Sajid Khan, they broke up in 2013.

Jacqueline Fernandez Education:
She completed her schooling from Sacred Heart School, Bahrain.
She enrolled at University of Sydney, where she received her degree in Mass Communications.

Jacqueline Fernandez Facts:
*She is a Sri Lankan actress and appears in Bollywood films.
*Her parents moved to Bahrain when she was 3.
*She was thrown to fame, when she won Miss Sri Lanka Universe in 2006.
*She hosted the IIFA Awards 2013.
*She is an animal lover and supports the cause of PETA.
*She first came to India in the form of a modelling contract in Mumbai.
*She won the IIFA Award for Star Debut of the Year.
*She received the Stardust Award for Best Exciting Face.
*Follow Jacqueline on Twitter, Facebook and Instagram.