Jade Thirlwall is a British singer and songwriter, best known for being a member of the British four-piece girl group Little Mix, alongside Perrie Edwards, Jesy Nelson, and Leigh-Anne Pinnock. The group was formed on the eighth series of The X Factor in 2011 and became the first group to win the competition. Their 2012 debut album, DNA, broke the Spice Girls’ chart record. Born Jade Amelia Thirlwall on December 26, 1992 in South Shields, to parents Norma Badwi and James Thirlwall, she has an older brother named Karl. She is of English descent on her father’s side, and of Egyptian and Yemeni descent on her mother’s side. Thirlwall attended performing arts college South Tyneside. She auditioned for The X Factor in 2008 and 2010 but was eliminated at the Bootcamp stage. She dated Sam Craske from 2013 until 2014, and Jed Elliott from 2015 until 2019. 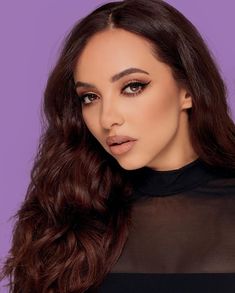 Jade Thirlwall Facts:
*She was born on December 26, 1992 in South Shields, UK.
*She started singing around the age of 6.
*As a teenager, she suffered with anorexia for five years before beginning her recovery.
*She is a member of the British girl group Little Mix.
*She has a tattoo in Arabic going down her spine.
*Follow her on Instagram.