Jaime Camil is a Mexican actor, singer and host born in Mexico City, Distrito Federal, Mexico. He is most famous for his portrayal of Fernando Mendiola in La Fea Mas Bella and Rogelio de la Vega in Jane the Virgin. He started his career as a singer performing with Cuban icons Pancho Cespedes and Amaury Gutierrez. He released his debut album, Para estar contigo, in 1999. His singles Dime and Muriendo por ti rose to #17 and #24 Billboard’s charts. Born as Jaime Federico Said Camil de Saldaña Da Gama in Mexico City, Distrito Federal, Mexico on July 22, 1973, Jaime Camil is the son of Cecilia Saldaña Da Gama and Jaime Camil Garza. He is of Egyptian descent on his father’s side, and of English and Brazilian descent on his mother’s side. He has two half-siblings and three step-siblings. He studied business administration at Universidad Anáhuac, and studied acting in New York, Los Angeles, and Mexico. He has been married to Heidi Balvanera since 2013. They have two children, Elena and Jaime III. 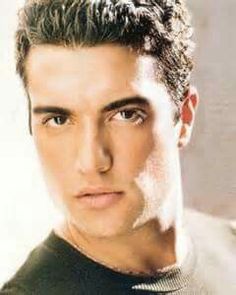 Jaime Camil Facts:
*He belongs to Brazilian and Egyptian descent.
*VANITY FAIR named him as one of the Best New TV Characters of 2014.
*For his role in 7 Dias earned him a Mexican Cinema Journalists Award for Best Supporting Actor in 2006.
*He is fluent in Spanish, English, Portuguese and French.
*He is good friends with Claudia Leitte.
*He once dated soap actress Adriana Lavat and singer Thalía.
*Visit his official website: www.jaimecamil.com
*Follow him on Twitter, Facebook and Instagram.