Actress and model who has starred in such films as Sin City, My Bloody Valentine 3D, Cheaper by the Dozen 2, Pearl Harbor, and White Chicks. She has also starred in The CW’s dramedy Hart of Dixie from 2011 to 2015. Jaime was born in Omaha, Nebraska, USA on April 23, 1979 to Nancy and Robert King. She has three siblings; Sandi, Robbie and Barry. Since November 23, 2007, she has been married to Kyle Newman. Together they have two sons, James and Leo. 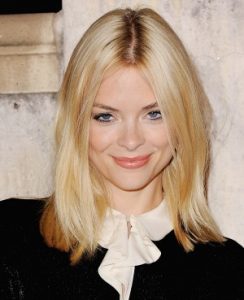 Jaime King Education:
Westside High School, Omaha, Nebraska (dropped out in 1995)
She enrolled in a home-study program run by the University of Nebraska.