Juan Carlos Leveriza Cuenca, who is of Filipino-Spanish descent, is an actor and model of dual American and Filipino citizenship, best known for his appearances on The Two of Us, Kung ako’y iiwan mo and Kahit puso’y masugatan. He is also a soccer player who plays as a striker for Team Socceroo FC in the United Football League Division 2. He has acted in advertisements for such brands as Globe Telecom and Coke. He was born in San Jose, California but was raised in Manila, Philippines. His mother, Rachele Leveriza, is Filipino while his father, Juan Tomas Cuenca, is Spanish. 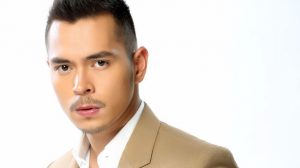 Jake Cuenca Facts:
*He has dual American and Filipino citizenship.
*He started as a GMA Artist Center talent and was launched via Click.
*He was born in California, US but raised in Manila, Philippines.
*His father is Spanish while his mother is Filipino.
*Follow him on Twitter, Facebook and Instagram.