Jake Goldsbie is a Canadian actor. He is best known for his role as Toby Isaacs on the long-running teen television series Degrassi: The Next Generation which he starred in from 2001 until 2009. His other notable works include Prince Charming (2001 film), Pecola, Mattimeo: A Tale of Redwall, Being Erica, When Andrew Came Home, and Jacob Two Two Meets the Hooded Fang (1999 film). Born Jacob Benjamin Goldsbie on August 8, 1988 in Toronto, Ontario, Canada, he is of Jewish descent. At 7, Jake made his television debut on a 1995 episode of The Hardy Boys. He is a graduate of the Concordia University. He has been in a long term relationship with his Degrassi co-star Melissa McIntyre since 2010. 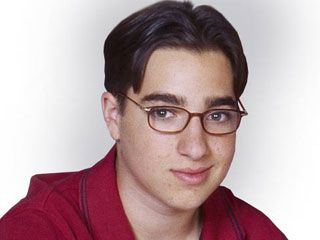 Jake Goldsbie Facts:
*He was born on August 8, 1988 in Toronto, Ontario, Canada.
*He studied theatre at Concordia University.
*He portrayed Toby Isaacs in Degrassi: The Next Generation.
*He works at The Score where Jake writes and podcasts about professional sports.
*Follow him on Facebook and Instagram.