Julia Ormond is a British actress. She rose to stardom with roles in The Baby of Mâcon, Legends of the Fall, Sabrina, First Knight, Smilla’s Sense of Snow and The Barber of Siberia. She won an Emmy Award for Best Supporting Actress in a TV Miniseries or Movie for her role in the HBO film Temple Grandin. Ormond’s other notable works include Young Catherine, Nostradamus, The Curious Case of Benjamin Button, Iron Jawed Angels, Nurse Jackie, CSI: NY, Law & Order: Criminal Intent and Mad Men. Born Julia Karin Ormond on January 4, 1965 in Epsom, United Kingdom, to parents Josephine and John Ormond, she was the second of five children. She was educated at Guildford High School and Cranleigh School. In 1988, she graduated from Webber-Douglas Academy of Dramatic Art. Her first television appearance was in the 1989 serial Traffik. She married Jon Rubin in 1999, and the couple had a daughter named Sophie in 2004 before getting divorced in 2008. She was previously married to Rory Edwards. 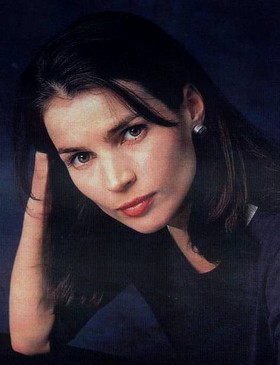 Julia Ormond Facts:
*She was born on January 4, 1965 in Epsom, United Kingdom.
*She is of English and Irish descent.
*Her parents divorced when she was young.
*She first appeared on television in the 1989 miniseries Traffik.
*She was named ShoWest’s “Female Star of Tomorrow” in 1995.
*Follow her on Twitter, Facebook and Instagram.