English singer-songwriter who came to fame in 2004 with the release of his debut album, Back to Bedlam, which peaked at number one on the UK Albums Chart in July 2005 and within the top five across most of Europe. It also peaked at number one on the Canadian Albums Chart and number two on the Billboard 200 in the United States. Back to Bedlam produced the singles “You’re Beautiful”, “High”, “Wisemen” and “Goodbye My Lover”. The single “You’re Beautiful”, went to number one on the UK Singles Chart, Irish Singles Chart, Dutch Top 40 and the Billboard Hot 100 in the United States. It also peaked at number two in Germany and Australia. Blunt released his second album All The Lost Souls, in 2007. He has been nominated for five Grammy Awards. Born James Hillier Blount on February 22, 1974 in Tidworth, Hampshire, England, to parents Jane Ann Farran and Charles Blount, he is the oldest of three children and the only son. He attended Elstree School in Woolhampton, Berkshire, and Harrow School, gaining A-levels in Physics, Chemistry and Economics, and went on to study Aerospace Manufacturing Engineering and Sociology at University of Bristol, graduating with a BSc (Hons) in Sociology in 1996. In 2014, he married Sofia Wellesley with whom he has two children. 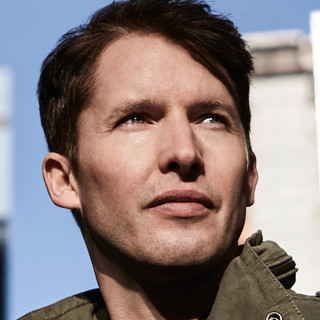 James Blunt Facts:
*He was born on February 22, 1974 in Tidworth, Hampshire, England.
*He was in the British Army until October 2002.
*He gained his fixed winged private pilot licence at age 16.
*His debut album, Back to Bedlam, was the highest-selling album of 2005 in the UK, with over 2.4 million copies sold.
*He won two prizes at the 2006 Brit Awards for “Best Pop Act” and “Best British Male” on February 15, 2006.
*He plays the piano and the guitar.
*Visit his official website: www.jamesblunt.com
*Follow him on Twitter, YouTube, Facebook and Instagram.