James Denton is an American actor of film and television and musician. He is best known for his portrayal of Mike Delfino on ABC’s comedy-drama series Desperate Housewives, and for his role as Dr. Sam Radford on Hallmark Channel’s comedy-drama series Good Witch. Denton’s movie credits include That Old Feeling, Face/Off, and Primary Colors. He has also appeared in various television shows, including: Sliders, Dark Skies, Two Guys and a Girl, Ally McBeal, The West Wing, and JAG, and has had recurring roles in The Pretender, Philly, The Drew Carey Show and Reba. 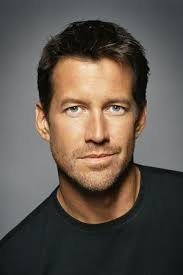 James Denton Facts:
*Born on January 20, 1963 in Nashville, Tennessee, he was raised in Goodlettsville, Tennessee.
*He was educated at Goodlettsville High School and University of Tennessee.
*He played Mike in the TV drama Desperate Housewives from 2004 to 2012.
*He has a tattoo of his late father’s initials, birth and death dates, and rank and serial number in the Navy on his left bicep.
*Visit his official website: www.jamesdenton.com