James Tindale is an English reality television personality, best known for being a cast member in the MTV reality series Geordie Shore. He also works as a personal trainer through his company BodySculptVT. 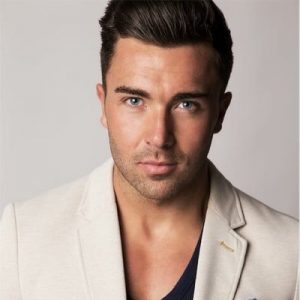 James Tindale Facts:
*He was born on August 17, 1990 in Consett, United Kingdom.
*Original cast member of Geordie Shore since its first broadcast on May 24, 2011.
*He became a representative of God’s Gift Clothing.
*He has two dogs, a French bulldog named Arnie and a dachshund named Duke.
*He has dated Kate Thorne.
*Follow him on Twitter, Facebook and Instagram.