Luisa Zissman is an English retail entrepreneur and reality television personality, best known as the 2013 runner-up in the ninth series of the UK version of reality TV show The Apprentice. She finished fourth on Celebrity Big Brother 13, and became a presenter and regular panellist on Big Brother’s Bit on the Side. She is also one half of podcast LuAnna: The Podcast with Anna Williamson. Born Louisa Christinas Kalozois on June 4, 1987 in Milton Keynes, United Kingdom, to parents Christina and Zo Kalozois, she was educated at Grove Independent school in Loughton, Milton Keynes and Northampton School for Girls. Her first job was at an estate agent on Saturdays at the age of 16 and followed that with a job at Electronic Data Systems. Zissman came to the public’s attention in 2013 whilst appearing as a candidate in the ninth series of The Apprentice. She married entrepreneur Oliver Zissman in 2009, and the couple had a daughter named Dixie in 2010 before getting divorced in 2014. In 2015, she married her second husband, Irish businessman Andrew Collins with whom she has two daughters. 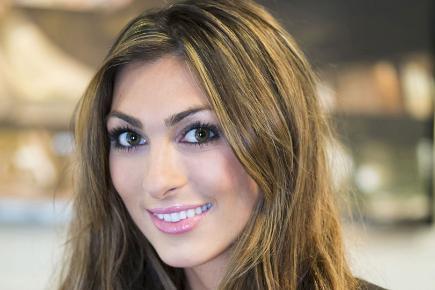 Luisa Zissman Facts:
*She was born on June 4, 1987 in Milton Keynes, United Kingdom.
*Her birth name is Louisa Christinas Kalozois.
*In 2013, she was the runner-up of The Apprentice.
*In 2014, she participated on Celebrity Big Brother 13, where she finished in fourth place.
*In 2013 she launched her business, named Bakers Toolkit, at the Cake International Show.
*She’s bisexual.
*Visit her official website: www.luisazissman.co.uk
*Follow her on Twitter and Instagram.