Jamie Kennedy is an American stand-up comedian and actor born in Upper Darby, Pennsylvania. He is best known for his performances in Scream film series and Malibu’s Most Wanted. For his role as Randy Meeks in Scream 2, he won a Blockbuster Award for Best Supporting Actor in a horror movie in 1998. From 2002 to 2004, he created and starred in his own prank show, The Jamie Kennedy Experiment. Born as James Harvey Kennedy in Upper Darby, Pennsylvania, on May 25, 1970, he was raised Roman Catholic. After graduating from from Monsignor Bonner High School in 1988, he attended at Delaware County Community College but dropped out. He was in a relationship with actress Jennifer Love Hewitt from 2009 to 2010. 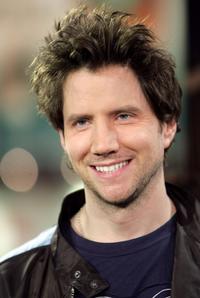