Jarmila Wolfe is a retired Slovak-Australian tennis player who achieved a career-high singles ranking of World No. 25 on 16 May 2011, and a doubles ranking of world No. 31 on 27 August 2012. Turning professional in May 2005, Jarmila won two singles titles and one doubles title on the WTA Tour, as well as 14 singles and ten doubles titles on the ITF Women’s Circuit. She won her first WTA Tour title in 2006, emerging as the Nordea Nordic Light Open doubles champion, her first singles title came in 2010 at the Guangzhou International Open, and the following year she won the Hobart International. She won the mixed-doubles title with countryman Matthew Ebden at the 2013 Australian Open. Jarmila announced her retirement from professional tennis in January 2017. 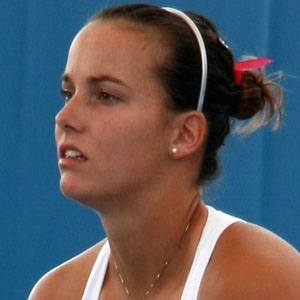 Jarmila Wolfe Facts:
*She was born on April 26, 1987 in Bratislava, Slovakia.
*She turned professional in May 2005.
*She retired from professional tennis on 11 January 2017.
*She is married to Adam Wolfe with whom she has a daughter named Natalia.
*She was married to Australian tennis player Sam Groth from 2009 to 2011.