Jase Robertson is an American television reality star best known for his appearance on the A&E reality television show ‘Duck Dynasty’, the COO of the business Duck Commander, an innovator, and a “professional” duck hunter. Jase was born Jason Silas Robertson on August 16, 1969 in Bernice, Louisiana, U.S. to Marsha and Phil Alexander Robertson. He has three brothers Alan, Willie, and Jeptha. He has been married to Missy Robertson since 1990. They have three children: Mia, Reed and Cole. 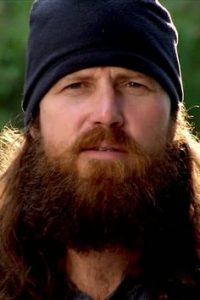 Jase Robertson Facts:
*He was brought up in West Monroe, Louisiana.
*He shaved off his trademark beard to raise money for the Mia Moo Fund, which helps people with cleft lips and palates. (Sept. 2017)
*He gained a passion for hunting and ducks as a child in Louisiana swamps.
*Follow him on Twitter and Facebook.