Jay Shetty is an Indian British Internet personality, motivational speaker and storyteller who has appeared on The Ellen DeGeneres Show and The Today Show. A Huffington Post vlogger, Shetty created the most viewed Facebook video of 2018. He has interviewed Russell Simmons, Tim Ferriss, and Deepak Chopra. He’s appeared on the BBC and has spoken to audiences at Google, Barclays, HSBC, and Nasdaq. Among his awards, he has won the 2016 ITV Asian Media Awards and the 2018 Streamy Awards. Born on September 7, 1987 in London, England, he completed his schooling from Queen Elizabeth’s School, Barnet and attended college at Cass Business School. He has been married to Radhi Devlukia-Shetty since 2016. 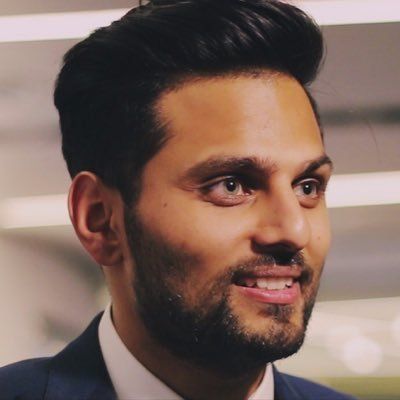 Jay Shetty Facts:
*He was born on September 7, 1987 in London, England.
*He spent four summers in India interning at corporations and training with a Vedic monk.
*He worked at a global consulting firm as a digital strategist.
*He placed 3rd in the Guardian Rising Star Award in 2015.
*He was nominated for the Forbes 30 Under 30 Europe Class of 2017.
*He was honoured with the Outstanding Achievement Online Award at The Asian Awards in April 2019.
*Visit his official website: www.jayshetty.me
*Follow him on Twitter, YouTube, LinkedIn, Facebook and Instagram.