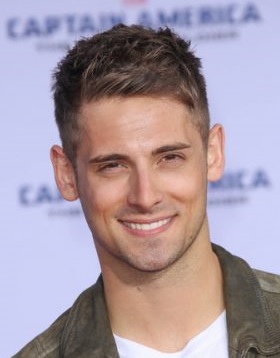 Jean-Luc Bilodeau Facts:
*Born on November 4, 1990 in Vancouver, Canada, he is of French Canadian descent.
*He has been acting since 2004.
*He was educated at Holy Cross Regional High School in Surrey, British Columbia.
*He was a dancer for 9 years before becoming an actor.
*He played Ben Wheeler in the ABC Family original comedy television series Baby Daddy from 2012 to 2017.
*He is an avid hockey fan.
*He has dated American actress Debby Ryan (2010) and Canadian singer, actress, dancer (of Filipino descent), Emmalyn Estrada (2010-2014).
*Follow him on Instagram.