Jeffrey Donovan is an American film and television actor, best known for his starring role in the long-running television series Burn Notice. He has also starred in such films as Hitch, Believe in Me, Changeling and Come Early Morning. Donovan portrayed Robert F. Kennedy in Clint Eastwood’s J. Edgar and his brother John F. Kennedy in Rob Reiner’s LBJ. In 2015, Donovan had a recurring role in the second season of the TV series Fargo. Born Jeffrey Gage Donovan on May 11, 1968 in Amesbury, Massachusetts, USA, he was raised along with two brothers, Sean and Michael, by their mother, Nancy Matthews. He belongs to Irish, Scottish, and French-Canadian descent. He graduated from Amesbury High School in Amesbury, Massachusetts. He attended University of Massachusetts-Amherst and Bridgewater State College in Massachusetts. He graduated from New York University’s Graduate Acting Program at the Tisch School of the Arts, where he earn his Master of Fine Arts. Donovan’s first major role on television was David Creegan in the 2004 crime drama series “Touching Evil”. He has been married to Michelle Woods since August 25, 2012. They have three children. 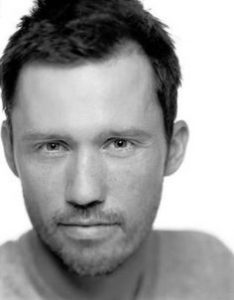 Jeffrey Donovan Facts:
*He was born on May 11, 1968 in Amesbury, Massachusetts, USA.
*He is of Irish, Scottish, and French-Canadian descent.
*He grew up very poor, and was raised by single mother.
*He enjoys gardening and golf.
*He has studied martial arts for over twenty years and has a black belt in Shotokan karate.
*He is a big fan of the Boston Red Sox.
*Follow him on Twitter.