Jenna Elfman is an American actress. She is best known for her portrayal of Dharma Montgomery on TV’s Dharma and Greg, for which she won the Golden Globe Award for Best Actress – Television Series Musical or Comedy in 1999. She has also appeared in films such as Krippendorf’s Tribe, Dr. Dolittle, EDtv, Keeping the Faith, Town & Country, Looney Tunes: Back in Action, Clifford’s Really Big Movie, and Big Stone Gap, and the television series Courting Alex, Accidentally on Purpose, 1600 Penn, Growing Up Fisher, and Imaginary Mary. She had a recurring role in the FX legal drama Damages in 2012, and in 2018 is a series regular on the AMC horror drama Fear the Walking Dead. Born Jennifer Mary Butala on September 30, 1971 in Los Angeles, California, to parents Sue and Richard Butala, she is of Croatian descent on her father’s side, and of English, Scottish, and German descent on her mother’s side. She started taking dance lessons at the age of 5 and became a classically trained ballet dancer. Jenna attended high school at the Los Angeles County High School for the Arts (LACHSA) and graduated in 1989. She appeared in the music video for “Halo”, a song by Depeche Mode, and danced in the video for Chris Isaak’s 1995 single “Somebody’s Crying”. She made her film debut in the 1997 comedy Grosse Pointe Blank. Her first television role was on the short-lived 1996 American sitcom called Townies. She has been married to Bodhi Elfman since February 18, 1995. They have two sons. 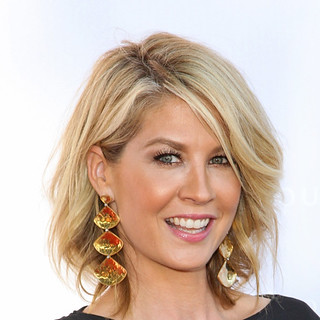 Jenna Elfman Facts:
*She was born on September 30, 1971 in Los Angeles, California, USA.
*She is a classically-trained ballet dancer.
*She began her professional career as a dancer.
*She is the niece of singer Tony Butala.
*Visit her official website: www.jennaelfman.com
*Follow her on Twitter, Facebook and Instagram.