Jennifer Morrison is an American actress, model, director, and producer. She is best known for her roles as Dr. Allison Cameron in the Fox medical drama series House, and as Emma Swan in the fantasy series Once Upon a Time. Jennifer is also known for her roles as Zoey Pierson in the comedy series How I Met Your Mother, Winona Kirk in the 2009 science-fiction film Star Trek, and Tess Conlon in the 2011 sports drama film Warrior. She made her feature film directorial debut with the 2017 comedy-drama film Sun Dogs. Born Jennifer Marie Morrison on April 12, 1979 in Chicago, Illinois, to parents Judy and David L. Morrison, she grew up in Arlington Heights, Illinois, an affluent village and suburb of Chicago. She is the oldest of three children with siblings Daniel Morrison, and Julia Morrison. She was educated at Prospect High School and Loyola University Chicago. She began her career as a child model, appearing in print advertisements for JCPenney and Montgomery Ward, and commercials for Rice Krispies and Mondo. She dated her House co-star Jesse Spencer from 2004 to 2007. 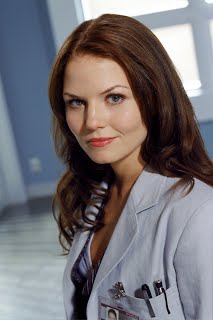 Jennifer Morrison Facts:
*She was born on April 12, 1979 in Chicago, Illinois, USA.
*She was a cheerleader in her high school.
*Her father was named Teacher of the Year by the Illinois State Board of Education in 2003.
*She majored in Theatre and minored in English from Loyola University Chicago in 2000.
*She was appeared in the music video of Nick Lachey’s “Shut Up”.
*She is a fan of Chicago Cubs.
*She is good friends with Ashlee Simpson, Ginnifer Goodwin and Josh Dallas.
*She dated Australian actor, Jesse Spencer from 2004 until 2007.
*Visit her official website: www.jennifermorrison.net
*Follow her on Twitter, Facebook and Instagram.