English actress who became recognized for her role in Downton Abbey as Anna, Lady’s Maid to Lady Mary Crawley, for which she won a Golden Globe Award for Best Supporting Actress in 2014. Her other credits include Coronation Street, Bad Girls, Dinnerladies, and the 2010 film In Our Name. Born in Saint Paul, Minnesota, she is the daughter of Ann and Keith Froggatt. She has a brother, Daniel. She has been married to James Cannon since October 2012. They live in Buckinghamshire, United Kingdom. 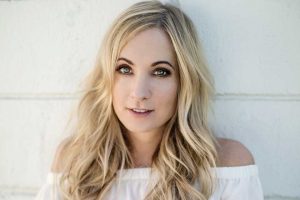 Joanne Froggatt Facts:
*She left her family home at the age of 13 to attend the Redroofs Theatre School in Maidenhead, Berkshire.
*She won a BIFA award in the Best Newcomer category for her role in the film Our Name in 2010.
*She received Emmy nominations in 2012 and 2014 for her role in Downton Abbey.
*Follow her on Twitter, Facebook and Instagram.