Melissa Fitzgerald is an American actress and social activist, born January 7, 1965, in Philadelphia, Pennsylvania, to James Fitzgerald, a prominent Pennsylvania judge, and Carole Fitzgerald, a volunteer. Her acting career has included film, theater and television in New York and Los Angeles. Melissa is best known for portraying the role of Carol Fitzpatrick, assistant to C. J. Cregg, on NBC’s award-winning political drama The West Wing. She also appeared in the films Frequency, Love & Sex, The Truman Show, Boxing Helena, and Monuments Avenue, but off-screen she is widely known as a courageous advocate for people in need. She is the Senior Director of the nonprofit organization Justice For Vets. She was married to West Wing guest star Noah Emmerich from 1998-2003. 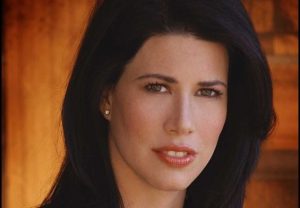 Melissa Fitzgerald Facts:
*Melissa is best known for her role on the TV program The West Wing as Carol Fitzpatrick, assistant to C. J. Cregg.
*Melissa is the founder of a Los-Angeles-based community theater known as Voices in Harmony.
*Melissa has written pieces that can be found in the New York Times, Huffington Post, and the book, The Enough Moment by John Prendergast and Don Cheadle.
*Melissa was a spokesperson for Environmental Alliance, a political organization designed to educate voters about environmental issues.
*Follow her on Twitter.