Streamy Award-winning actor, YouTuber, vlogger and singer who rose to fame with his musical parodies, including the 2012 Hunger Games song “I Wanna Go.” Graceffa runs three active YouTube channels, all named after him. His main channel is dedicated to vlogging, the second features video gaming content, while the third was made only recently for daily vlogs. Graceffa competed on the 22nd and 24th seasons of The Amazing Race, and has appeared in a handful of short films as well as creating and hosting Escape the Night. He won a Streamy Award for Best Actor in a Drama for Storytellers in 2014. He launched his own web series on Teen.com called Joey’s Dystopia. In 2015, Graceffa released a book titled In Real Life: My Journey to a Pixelated World; in the book he announced that he was gay. 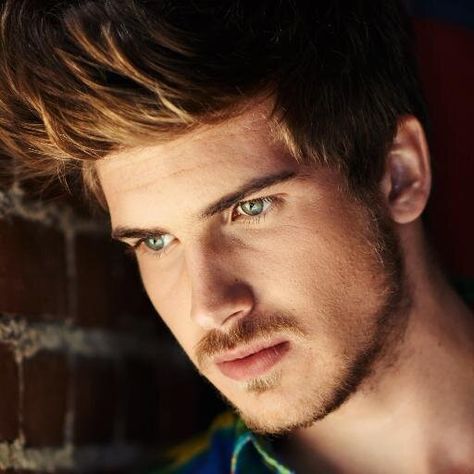 Joey Graceffa Facts:
*He was born on May 16, 1991 in Marlborough, Massachusetts, to Joe Graceffa and Debbie O’Connor.
*He has a sister named Nicole and a brother named Jett.
*He moved to Los Angeles at the age of 19 to pursue a career in entertainment.
*He started his YouTube career making videos with Brittany Joyal.
*He released his first Extended Play called Panem’s Best in 2012.
*He has a pet dog named Wolf.
*He dated social media sensation and model, Daniel Christopher Preda from 2014 to 2020.
*Visit his official website: www.joeygraceffa.com
*Follow him on Twitter, YouTube and Instagram.