Johanna Dray is a French Plus Size Model. She is known for her appearances on the covers of fashion magazines such as Elle, Vogue and Madame Figaro. She appeared in John Galliano’s ‘Everybody is Beautiful’ Spring 2006 prêt-à-porter show. She has worked with some of Europe’s leading photographers such as Nick Knight and Steve Hiatt, and with European clients such as Marina Rinaldi and Giani Forte. Born in Paris, France, Johanna was discovered by a photographer at the age of 21. She is the first plus-size model in Europe to launch a collaborative plus-size clothing line, named Tend@nces en clair par Johanna Dray, produced by catalog company 3Suisses Group. 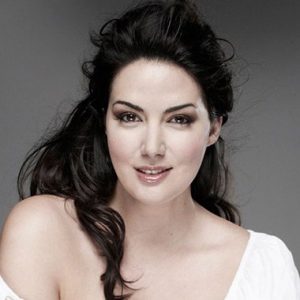 Johanna Dray Facts:
*She was a featured model on Vogue Italia’s “Vogue Curvy” website.
*She has appeared in interview with Elle France.
*She appeared in two high-fashion editorials for Gala magazine in their post-Cannes Film Festival issues of 2007 and 2008.
*Follow her on Facebook and Instagram.