Jon M. Chu is an American filmmaker, best known for directing the films Step Up 2: The Streets, Justin Bieber: Never Say Never, Step Up 3D, Hasbro franchises Jem and the Holograms and G.I. Joe: Retaliation, and the romantic comedy Crazy Rich Asians. His accolades include the Princess Grace Award, the Dore Schary Award, and the Jack Nicholson directing award. Born Jonathan Murray Chu on November 2, 1979 in Palo Alto, California, his parents own Chef Chu’s, a popular restaurant in Los Altos, California. He attended Pinewood School from kindergarten through 12th grade. In 2003, he graduated from USC School of Cinematic Arts. Chu was discovered as a USC film student by Steven Spielberg who saw his short film “When the Kids Are Away”. He has been married to Kristin Hodge since 2018. They have two children. 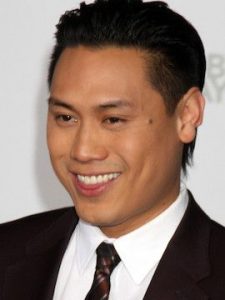 Jon M. Chu Facts:
*He was born on November 2, 1979 in Palo Alto, California, and was raised in Los Altos.
*He is the youngest of five children.
*His father, Lawrence Chu, is a well-known chef, and his parents own Chef Chu’s, a popular restaurant in Los Altos.
*As a child, he took lessons in piano, drums, saxophone, violin and guitar.
*Follow him on Twitter, Facebook and Instagram.