Jonathan Bailey is a British actor. He is best known for television roles such as Olly Stevens in Broadchurch, Leonardo da Vinci in Leonardo, Psi in Doctor Who, Jack Patterson in W1A, and Flatpack in Campus, as well as film roles such as Herod in The Young Messiah and Wheeler in The Mercy. He won the Laurence Olivier Award for Best Actor in a Supporting Role in a Musical for his role in the 2018 West End revival of Company. As a stage actor, Bailey has appeared in the 2003 Royal Shakespeare Company staging of King John and in the 2013 Royal National Theatre production of Othello. In 2013, he played the role of Tim Price in the musical American Psycho alongside Matt Smith at London’s Almeida Theatre. Born on April 25, 1988 in Wallingford, United Kingdom, he has three elder sisters. He was educated at Magdalen College School. Bailey made his television acting debut in a 1997 episode of the ITV medical drama Bramwell. 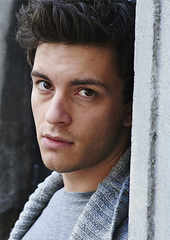 Jonathan Bailey Facts:
*He was born on April 25, 1988 in Wallingford, United Kingdom.
*Bailey decided that he wanted to become an actor at age five after seeing a stage production of Oliver!.
*He won the 2019 Olivier Award for Best Actor in a Supporting Role in a Musical.
*Follow him on Twitter and Instagram.