Jonathan Ke Quan is a ‎Vietnamese-American actor and stunt choreographer. He is best known for his roles in films Indiana Jones and the Temple of Doom (1984) and The Goonies (1985). He portrayed the role of Sam on the short-lived TV series Together We Stand from 1986 to 1987. He worked as a stunt choreographer for X-Men and The One. Born Quan Kế Huy on August 20, 1971 in Saigon, Vietnam, he was forced to leave Vietnam when the Army of the Republic of Vietnam was defeated during the Fall of Saigon. His family was selected for political asylum and emigrated to the USA. He has one older brother. He began his career as a child actor at age 12, starring as Harrison Ford’s sidekick Short Round in Indiana Jones and the Temple of Doom. He attended Alhambra High School in Alhambra, California, and graduated from the University of Southern California School of Cinema Television. He is married to Corinna. 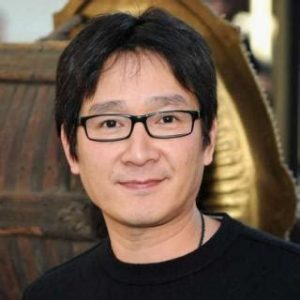