Joss Stone is a British singer, songwriter and actress. She gained recognition for her multi-platinum debut album, The Soul Sessions, which was nominated for the Mercury Prize. Her single hits include “You Had Me,” “Fell in Love with a Boy” and “Do They Know It’s Christmas?.” Her accolades include two Brit Awards and one Grammy Award out of five nominations. She also made her film acting debut in the 2006 film in Eragon, and playing the role of Anne of Cleves, she made her first television appearance in the Showtime series The Tudors in 2009. Born Joscelyn Eve Stoker on April 11, 1987 in Dover, Kent, England, to Wendy and Richard Stoker, she spent her teenage years in the rural county of Devon. She has three siblings; Lucy, Daniel, and Harry. She suffered from dyslexia, and left school at age sixteen with only three GCSE qualifications. She was in a relationship with Beau Dozier from 2004 to November 2005. She dated music promoter SiChai for three years. 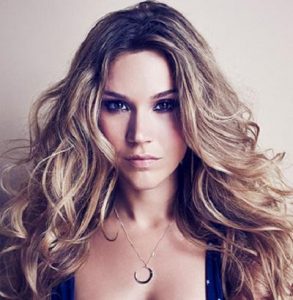 Joss Stone Facts:
*Born on April 11, 1987, she grew up in Ashill, Devon.
*She belongs to English descent.
*She auditioned for a popular BBC show, Star for a Night in 1999 at the age of 14.
*She released her debut album, The Soul Sessions at age 16.
*She is a vegetarian, and supports PETA.
*She was once known as the World’s Most Famous Vegetarian.
*Visit her official website: www.jossstone.com
*Follow her on Twitter, YouTube, Facebook and Instagram.