Judd Nelson is an American actor, screenwriter, and producer born in Portland, Maine. He is best known by the public for his roles as John Bender in The Breakfast Club (1985) and as Alec Newbary in St. Elmo’s Fire (1985). He can also be recognized for his role as Jack Richmond in Suddenly Susan. He also provided the voice of Hot Rod in Transformers. He was born Judd Asher Nelson on November 28, 1959 in Portland, Maine, USA. His parents are Leonard and Merle Nelson. He belongs to an Ashkenazi Jewish family and has two younger sisters, Eve and Julie Nelson. After graduating from St. Paul’s School in Concord, he attended Haverford College. After dropping out of college, he moved to New York to study acting with Stella Adler. He made his film debut in the 1984 film Making the Grade. 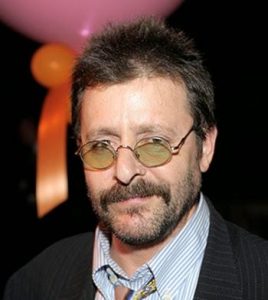 Judd Nelson Facts:
*He is the only son of the three children of a lawyer and a court mediator.
*He was once engaged to Shannen Doherty.
*He loves to play golf, read, write and ride his motorbike.
*His favorite baseball team is the Boston Red Sox.
*Follow him on LinkedIn.