Julia Goldani Telles is an American actress and ballet dancer. She is best known for portraying Whitney Solloway on the Showtime original series The Affair since 2014, and as Sasha Torres on the short-lived ABC Family series Bunheads from 2012 to 2013. She was featured in the Nat & Alex Wolff music video for the song “Greatest Prize” in early 2012. Born on March 18, 1995, in Los Angeles, California, to Ana Maria Goldani, a Brazilian of Italian descent, and Edward Eric Telles, an American of Mexican origin, Julia was raised in Los Angeles and Rio de Janeiro. She was introduced to the world of ballet at the age of five. She trained ballet professionally at the School of American Ballet and Ballet Academy East, and appeared in ballet performances as Sleeping Beauty, Nutcracker, Don Quixote and Swan Lake. 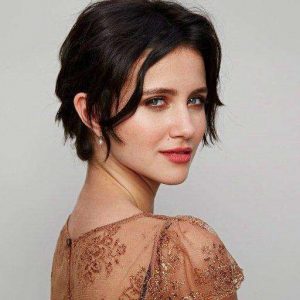 Julia Goldani Telles Facts:
*She was born in Los Angeles, California on March 18, 1995.
*She began acting at the age of 16.
*She is fluent in Portuguese, Spanish, and English.
*Follow her on Twitter and Instagram.