Julie Kavner is an American actress and voice actress who first achieved fame by portraying the role of Brenda Morgenstern, the younger sister of Valerie Harper’s title character in the sitcom Rhoda, for which she won a Primetime Emmy Award for Outstanding Supporting Actress in a Comedy Series. She is mainly known for her voice role as Marge Simpson on the animated television series The Simpsons. Kavner’s other notable works include The Tracey Ullman Show, Tracey Takes On…, This Is My Life, I’ll Do Anything, Forget Paris, The Lion King 1½, and The Simpsons Movie. 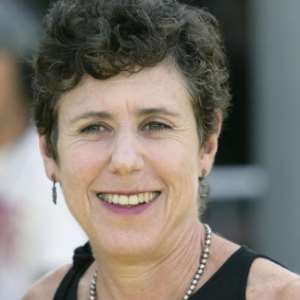 Born Julie Deborah Kavner on September 7, 1950 in Los Angeles, California, to parents Rose and David Kavner, she grew up in Southern California. Kavner attended Beverly Hills (CA) High School, and graduated from San Diego State University in 1971. She has been in a relationship with retired producer David Davis since 1976.

Julie Kavner Facts:
*She was born on September 7, 1950 in Los Angeles, California, USA.
*She was employed as a typist at the UCLA School of the Arts and Architecture.
*She provided the voice of Marge Simpson on the animated television series The Simpsons.
*She is a lifelong Democrat.